The dreams you choose to believe in come to be. When you feel in your innermost being that you will achieve what you set out to do, you open the way for miracles.

I had always dreamt of having a daughter and life has been gracious enough to grant my wish. We often pray for our dreams to come true and wish the same for our near and dear ones. Rarely do we realize what all might happen in making those dreams a reality and what all we might lose in an effort to achieve them.

I believe there comes a time in everyone’s life which tells them in subtle ways that they are prepared to shoulder the responsibility of being a parent. That special moment came in my life around two years back. It was a time when we both (me & my husband) had moved to a new city and had switched jobs. Everything was very new and we were trying to adjust to the new environment when one fine morning the home pregnancy test showed a bold pink line.

It was a Saturday, I clearly remember and the book I had been reading was Marley & Me

. If you’re wondering why I mentioned the book I was reading at that time, the reason is what followed next (in my life) was very similar to what happened in the life of the author of the book, John Grogan, and his wife. If you’ve read the book you’d know what I am about to say. 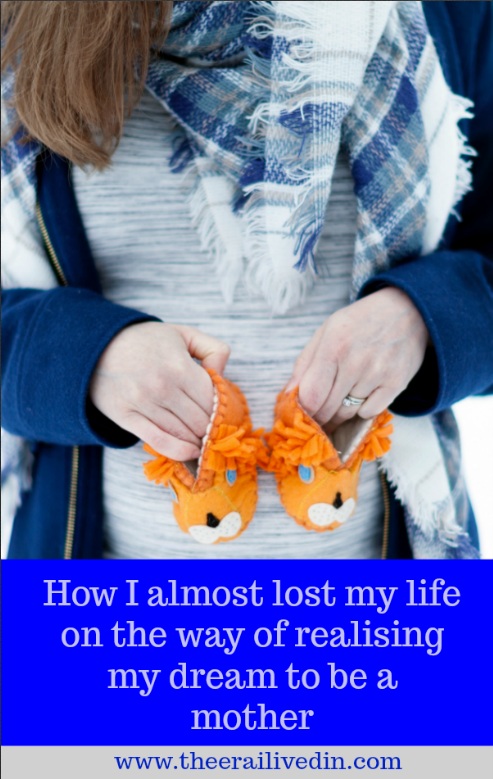 We both were very excited from the moment realization of having a little bundle of joy in our arms dawned on us. Without waiting for a confirmation of our finding from the doctor we rang up everyone in our immediate family to share the big news. I was expecting a long list of dos and don’ts to be poured on me, but my experience was quite contrary. My parents were plain ecstatic, thrilled and overjoyed to the extent that me, mom and dad literally cried on phone and no shower of advice happened.

The reaction I received from my in-laws was unbelievable. The call lasted for hardly two minutes with my husband talking almost all the time and my parents-in-law just had a few routine lines to utter that showed sheer disinterest and the line went dead.

I was too happy to even bother about anything else in the world. I wanted to keep the news to myself till I had seen the gynaecologist and I got a green signal that all was going fine. The next week we visited the gynaecologist and after an official confirmation life moved on the same busy pace. Though I was extra cautious in all I did and all I ate but destiny had other plans.

The knowledge that I was about to be a mom had hardly soaked my senses with joy when one fine afternoon (it was my day off from work) during a phone call I felt a sudden cramp. Alarm bells gently tinkled in my mind but I soon calmed down for the cramp didn’t last longer than a couple of minutes. I pulled in few extra litres of oxygen in an attempt to pacify the storm rising in my mind and sought help from Aunt Google.

Google suggested that mild cramps and even light bleeding were normal in early pregnancy. But still, I booked an appointment to see the gynaecologist. My appointment was exactly 48 hours from the time I had called. I busied myself finishing up the last few pages of the book I had been reading when things went bad.

The cramping returned along with faint bleeding. I tried to stay calm for it was almost 4:45 p.m. and my hubby usually got back home from work around 5:15 p.m. The minute he returned, I poured on him the happenings of the afternoon. Without a clue as to what we should do we raced to the emergency department of our local hospital. The wait was long for there was just one doctor on duty and the after-hours staff was busy with a few serious patients. Let me add a little information here before I move on (at that time I wasn’t in India and hence the difficulty in seeking help from family and need of appointments everywhere with a shortage of medical facilities. I expect you to respect my privacy by not asking what country and city I was in ).

Within few minutes I was in agony. The pain was getting unbearable and I literally collapsed on the floor from the chair I’d been sitting on (for there were no empty beds in the emergency department).I’ll cut through the minute details and give you the gist of what followed in the hours and days to come.

I finally saw a doctor in four hours from the moment I had first stepped in the emergency department. A quick examination and a few medications later I was feeling heaps better. The pain had subsided and the terrible feeling of things going very wrong anytime decided to let me free. The doctor gave a green signal that there was nothing to worry and since I already had an appointment with a specialist after a day,  everything should be fine.

We were back home by 10 p.m. and after a quick meal and a quick call to tell my worried parents that all was OK, I returned to my book and my hubby went off to sleep. Around an hour from then, my mind was still busy struggling with the dark thoughts of the countless possibilities of what all could have happened that evening when the cramps returned. This time my sixth sense told me the moment I’d been dreading for was here. I rushed to the loo just to see my worst fears confirmed. I was bleeding profusely.

After several hours of investigations and injections of all sorts during the following day, nothing seemed to stop the bleeding. I finally met my saviour, the specialist I had booked an appointment with, almost 36 hours after the bleeding had actually started. (I know it sounds crazy, but the reality was the town we were posted in had no gynaecologists. The specialist I had an appointment with was 400 km from where we lived and the only available appointment was the one that I had).

He confirmed my worst fears which all the other doctors and radiologists had been avoiding to tell me so far by giving me false hopes. We were prepared for the worst for I somehow knew it in the deepest corner of my heart that it had all ended. The challenge of the hour was to stop the bleeding. I was getting

The challenge of the hour was to stop the bleeding. I was getting a little drowsy because of the massive blood loss. After a wait of eight hours (for none of the operation theatres was free earlier than that) I managed to be wheeled out alive to the recovery room.

I was stunned by the speed with which all this had happened. The pain, hurt, depression and the emptiness this incident left in me made me crave for a baby all the more. Somewhere deep in my heart, I still believed I’ll be a mother to a daughter someday.Though not sure when.

Continue reading the next part

The song on my mind:

31 thoughts on “My Pregnancy Chronicles #1”