I spent a major part of 2018 reading non-fiction titles. It was only recently that I decided to take a break to savour fiction and as destiny would have it, the two titles I picked have been so close to reality that for a moment I felt that these two might as well be classified as non-fiction for their closeness to the bitter truths of life.

The first book was The Kite Runner by Khaled Hosseini.

I had first read The Kite Runner almost a decade ago. While it had left me shaken then, rereading it as a parent, has been an altogether different experience.

The second title I picked was Eating wasps by Anita Nair.

The blurb on the book read:

“In a small town by the river Nila, a thirty-five-year-old writer kills herself. No one knows why. Fifty-two years later, an antique cupboard in a private resort opens to reveal a frightened child. And the mystery begins to unravel.”

Going by the blurb of the book, I had been anticipating a thriller with a dose of horror.

Little did I know that I was in for a sneak peek into the Pandora’s box that we (the whole society) works hard to keep shut.

The beautiful cover of the book highlights the title in form of wasp shaped motifs embroidered around a pair of lips painted in the bold red, hinting at the fact that the book is a collection of stories of women. The droplets of blood blotted near the lips seem to signify how the book is held together by the powerful observations of a dead writer who had committed suicide under mysterious conditions.

The book’s interesting title draws its inspiration from an incident from the narrator, Sreelakshmi’s life. However, in a broader context, the title reflects the heartbreak, the loss, the giving in, the indulgence of desire and the acts of courageously stepping in the forbidden territories of life.

The bone of Sreelakshmi’s index finger, a 35-year-old woman who committed suicide,  was picked from the embers of her pyre and hidden away in a pen case in the false back of a cupboard.

As the bone changes hands after being discovered by a child hiding in the cupboard, it reads the minds and relives the memories of its bearer.

Thus begins the sequence of stories from the lives of Megha, Urvashi, Najma, Liliana, Molly and Theresa, Radha, Rupa, Maya and more.

Sreelakshmi (the narrator) and Urvashi’s stories are given more room than others.

Sreelakshmi’s story is allowed to come a full circle, giving the reader a complete view of the circumstances and her life choices that led to her suicide with pieces of her life interspersed in between other stories.

There’s a soul trapped in the bone, waiting to be set free from the painful memories and ties of the mortal world. This introduction right at the start of the book sets the tone for a plot treading to unleash horror.

“Ghosts and writers are more alike than you think. We can be what you want us to be. We can hear your thoughts even if you don’t tell us. We can read the silences and shape your stories as if they happened to us. And I was both: a ghost and a writer.

And horrors unfold. Not in the form of supernatural entities but hidden within the unspoken, secretly brushed away feelings of violation, suppression and emotional trauma women of all ages and from all walks of life carry within their hearts.

The soulful revelations are the life and blood of this poignant collection. Complex feminine experiences expressed with brutal honesty, make these stories feel closer to life. 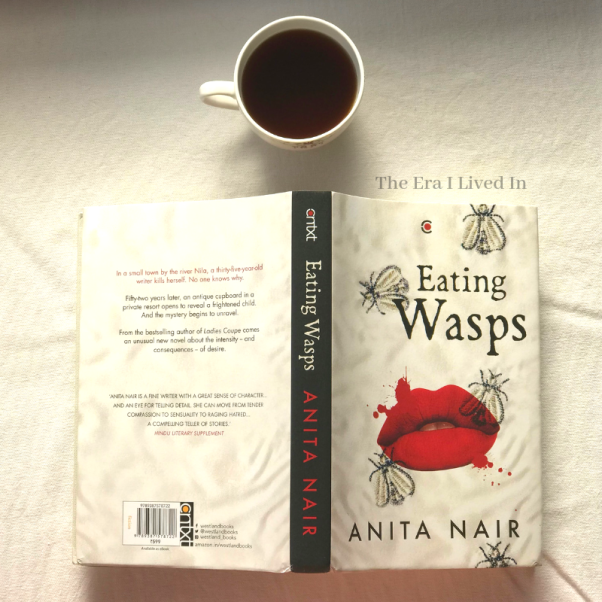 The characters in the book are connected by their location, a hotel in a small town by the river Nila.

What really bonds them with the reader is their courage to face the formidable nemesis, challenging its authority and rising up to rebel and try to live life (or end it, in Sreelakshmi’s case) at their terms.

Do they all succeed?

It is what remains to be experienced in the journeys of the various characters.

What makes this book stand out is the portrayal of the unvarnished realities of life. In the echoes of the suffering souls, the reader finds solace in the realization that they aren’t alone in feeling so.

“Once after I helped myself to the kanji we have for dinner every night, I dropped half a bottle of salt into what was left in the vessel. I am a blind woman. Such accidents are bound to happen. I thought it was time she tasted some of the salt from all the tears she had made me shed. “

These are the stories about women whose lives didn’t go the way they would have wanted. Of the resilience, they need to conjure up every day to get a move on. Of having to put on a brave face even when they were quaking within.

The book sings of heartbreak and loss; of temptation and giving in. In short, the book highlights what it means to be a woman, day in and day out.

Anita Nair’s narration evokes emotion and pain that’s sure to linger long after you put the book down. Blending in of the caste, class, age and religion with ease adds to the charm of the book.

The book features characters from the 1960s and also from the modern era whose lives is greatly impacted by Instagram, YouTube, Tinder and more.

The rich language, vast vocabulary and lucid narration make this book an experience to cherish.

Halfway through the book, I longed to see how the lives of the many women would cross paths or how they will help Sreelakshmi seek solace.

However, the climax of the book gifted me the understanding of why the author chose to leave the many stories with open endings.

I particularly loved Najma’s story, where a young girl was attacked by toxic masculinity in it’s most brutal form. Yet, Najma chose to fight back and to live life at her terms.

“When was the last time Ammi had bought herself something nice, Najma wondered. When had she ever allowed herself to want something? Desire is a luxury, she always said. Not that that desire was evil or wrond, but it could cause heartbreak.

‘Should I get a burkha?’ Najma asked Ammi.
She frowned. ‘Why would you need one?’

Najma laughed. She felt relieved, and blessed. Her Ammi couldn’t even sign her name, but she was more progressive than some of those women who came to talk about female wmpowerment. Her Ammi made her feel that she had every right to be who she was.”

Another favourite is Maya’s story.

Her struggle being a single parent caring for her autistic son, the self-recrimination that seemed to linger even in her sleep, jolted me from within.

“But she felt a crack appear each time a stranger eyed her 95-kg son as if he was an ungainly animal, a baby hippo perhaps. Mostly they turned the other way when she spotted them staring at him. But if it was an acquaintance, the voice would ring with a “Hello Naveen!” Unnatural, syrupy sweet and laden with false emotion: ‘Let’s show Maya that we are blessed with a benevolence of heart, and how much we feel for her.’ Sometimes she felt as though she couldn’t bear to go on any longer. “

Who is this book for?

This book is a welcome companion in the times when the #MeToo movement is already causing a stir in the world empowering women to stand up for themselves and voice the hurt, the soaked up anguish that has been haunting them for a long time.

This book gives a message to all women living in fear and rage that they aren’t alone. There’s hope and that their voices matter.

I’d like to end my review with a quote that sums up my experience of reading this book.

“A great book should leave you with many experiences, and slightly exhausted at the end. You live several lives while reading.”

Anita Nair is the author of several novels, including The Better Man, Mistress, Idris: Keeper of the Light and Alphabet Soup for Lovers. She has also authored a crime series featuring Inspector Gowda.

Anita’s other books include Malabar Mind, a collection of poems, Goodnight & God Bless, a collection of essays, and six books for children. She has written two plays and the screenplay for the movie adaptation of her novel Lessons in Forgetting, which was part of the Indian Panorama at IFFI 2012 and won the National Film Award in 2013. Her books have been translated into thirty-one languages around the world. She is also the founder of the creative writing and mentorship programme, Anita’s Attic.

*Disclosure:  I received a review copy of the book in exchange for an honest review. As an Amazon Associate I earn from qualifying purchases.

Head here for more book reviews and my review policy.

2 thoughts on “Eating Wasps by Anita Nair: Stories of Strong but Flawed Women Painted With Desire” 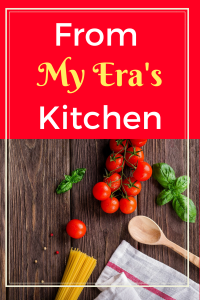