The past one month I have been busy in behaviour modification. Being a parent, I am sure you are expecting from me a rant about me trying to discipline my baby. Hold on, there’s more, before what you are thinking could actually be the case.

One fine morning, I was busy replying to important emails, when Pari walked up to me. She asked me to play the Mickey Mouse show on youtube. Brushing her request aside, without even turning towards her, I asked her to continue playing with her Lego set.

She stood there for a good ten seconds before tugging on my elbow repeating her request, beginning with a loud “Mummma”. I almost repeated myself, just this time I answered her with a plain “hmm”.

Agitated of being ignored, more than by my rude turn down of her humble request, she yelled “Mumma, mumma, mumma” before turning my face towards her forcibly and blurting out an angry flow of incomprehensible words. This lasted for a few seconds, with my eyes popping out and jaw dropping to the floor as her angry outburst held something shocking, much more than the rage.

Though what Pari said in those moments didn’t hold much meaning, yet the uncanny resemblance of those piqued notes to the way I had yelled at her one not-so-fine day came rushing to me. My mind went numb in horror as guilt slowly fogged my brain.

It was a very painful position to be in for many reasons.

Firstly, I had offended my little darling without it being her mistake in any way.

Secondly, I have been a bad example for a child’s impressionable mind.

Thirdly, the gravest of all, I had failed to note how rough I have been playing (so what if those occasions are few and far between) with a baby without being sorry of my shameful behaviour.

Though a hundred things were running in my mind, I had to act promptly to save the situation from getting worse. I had a very angry child at hand who could throw a tantrum that would drown her in tears and sink me in shame in no time.

” there is very little you can beat into a child, but no limit to what you can hug out of it” – Astrid Lindgren

I plunged to my emergency plan of holding her in a bear hug. She squirmed, fought back trying to break free from the unexpected turn of events, but eventually calmed down. I had found a quick fix to the situation but the bigger problem was still hanging on my head like a sword.

This happened around 40 days back. Ever since, I adopted the following ground rules for behaviour modification. Not for my daughter, but myself.

1) I have stopped pointing out mistakes, instead have begun concentrating on the problem at hand. It makes the pill of being told much easier to swallow.

For eg: When Pari endlessly plays in the rain, refusing to listen or to come indoors with me, earlier I used to give her a lecture on the lines “You never want to listen to me, just want to play with water all the time…..” I would literally go on and on for a good minute or two without much gain, except ending with a grumpy or a teary child.

Though now, I try to be assertive by simply saying, “Let’s go indoors, playing in the cold rain water isn’t a good idea” keeping my voice firm yet not being rude. The difference in the outcome is remarkable. Pari happily co-operates on most occasions and there is no back fire of remorse for having been rough with a child.

2) I have stopped talking to her in ‘fancy’ phrases when trying to discipline her. Instead of going about a problem of her messing up the room with her toys littered all over, grumbling that she never listens to me or we have had the same talk earlier too;  I simply tell her what to do. “Please put all your toys in the basket and help me clean up the room”.

Surprisingly, it actually works even on a two year old.

Accusing, fills the recipient with hurt and only breeds bitterness. Having been on the receiving end I can safely admit, it’s worse to be yelled at by your child than by your boss. In that case, I think it is unimaginable hurt for a child to be told and be shouted at without being explained what did they do to earn it in the first place.

Things have started taking a 180 degree turn and the results in the past one month have been very encouraging. I am spared the brunt of being stressed of chasing a child firing angry words, we both end up getting (most of) what we expect of each other and even if things don’t go the way we’d love them to, at least there isn’t room for hurt, yelling or guilt anymore.

” Children are great imitators. So give them something great to imitate.” – Unknown

The song on my mind: Tujhse naaraz nahin zindagi ~ Masoom

21 thoughts on “Being Told” 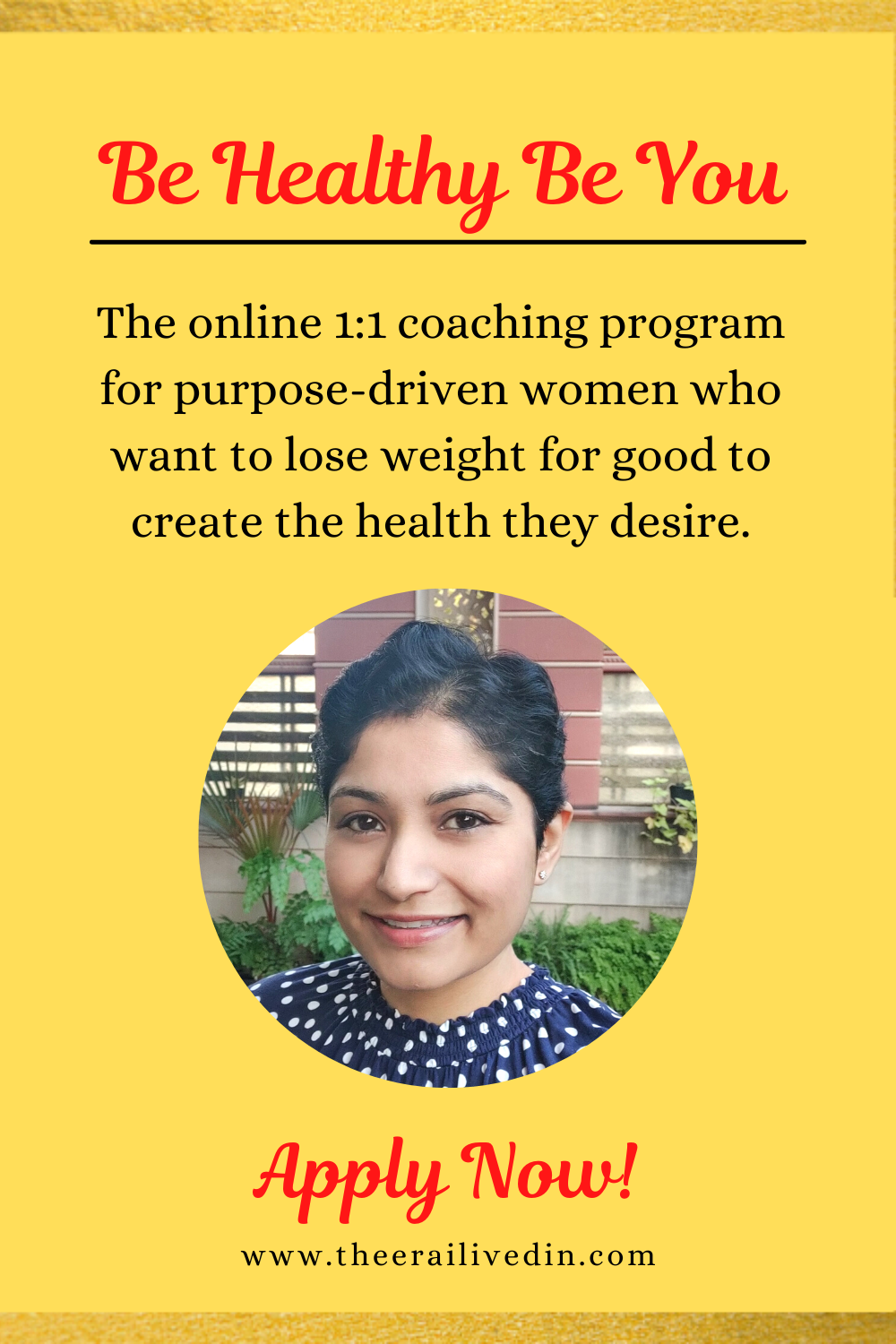 Dr. Megha is a weight loss coach, and founder of the Be Healthy Be You Program. Her goal is to help you discover the true meaning of a healthy lifestyle so that you can enjoy everyday life to its fullest.